Collections of the Gdansk Library

Our Library collections are a unique source of knowledge on Gdansk since the oldest times to the present day. The broadly understood gedanensia provide information on, inter alia, the history, architecture and administration of the city, socio-political issues, as well as problems related to religion, the economy, municipality, daily life, and many other topics. 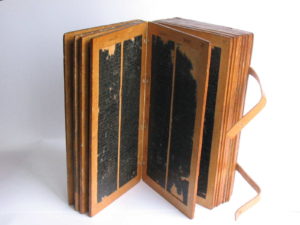 The collection features almost 12,000 items, including 389 medieval manuscripts originating mainly from Gdansk church and monastery libraries, and about 2,500 items from the 16th, 17th, and 18th centuries.

Noteworthy are fragments of biblical text dating to the turn of the 11th century, 12th century codices with religious content, Martin Luther’s autograph, notes made by Philip Melanchthon and Immanuel Kant, and a rich variety of musical manuscripts primarily originating from St. Catherine’s and St. John’s Churches.

Post-war acquisitions include manuscripts and the legacy of maritime writers, eminent representatives of scientific, cultural and political life connected with Pomerelia, as well as regional (Kashubian) literature. 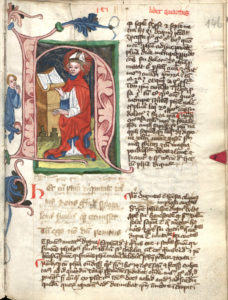 The most precious part of the collection of books and printed materials dating to the period between the 15th and the 18th centuries is 675 incunabula that are a source of knowledge on the 15th century treasures of the printing industry. Many of them are unique copies – these include Breviarium Plocense issued in Venice in 1498.

Of huge historic value are Gdansk-related printed materials, which include all the works by Johannes Hevelius (including works he himself coloured), works by Jacob Breyne, Jacob Theodor Klein, Gottfried Lengnich, and the unique coloured history of Gdansk by Reinhold Curicke.

Among rare books there are the most precious editions of the Bible (e.g. the first edition of the Jakub Wujek Bible, the so-called Brest Bible, and the Gdansk Bible), editions of Gdansk hymnals, occasional printed materials from Gdansk, early Polish magazines, and Gdansk calendars.

Many early books and printed materials are marked by historic bindings, starting with Gothic, through typically Renaissance, and Baroque to Classicist ones. 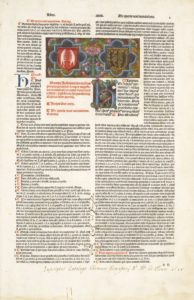 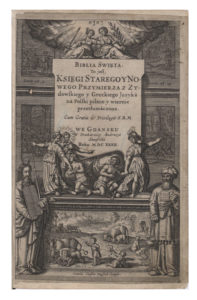 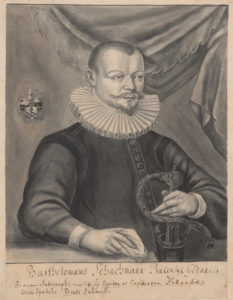 The collection has more than 90.000 items: loose prints and drawings, bookplates, photographs, numismatic items, albums, graphic plates, as well as museum exhibits – mainly oil portraits of eminent citizens of Gdansk. The oldest items date back to the 15th century.

The collection of graphic items and paintings (about 8,500 items) includes in particular Gdansk prints and drawings showing general views of the city, its fragments, and individual structures. There are also prints devoted to historical themes, and portraits of Gdansk personages since the 16th century.

Noteworthy are also prints thematically devoted to the Polish-Lithuanian Commonwealth and its rulers, portraits of historic figures, views of towns and cities, historic scenes, propaganda and moralizing illustrations, as well as uniquely valuable templates for goldsmiths, woodcarvers, and architects, and in particular one owned by Vredeman de Vries. The collections of modern graphics built up after 1945 are dominated by maritime themes.

The numismatic collection has more than 4,000 items and is divided into 3 main parts: coins minted in the Gdansk Mint from the mid-15th century until the end of the 18th century, which are supplemented with means of payment from the Free City of Danzig; medals from the 17th century until our own times; and Polish and international banknotes, including banknotes and paper money substitutes issued by Pomeranian towns and cities during the times of the First World War. Historic medals include works by excellent 17th century Gdansk medal makers: Samuel Ammon, Sebastian Dadler, and the Höhns (father and son). 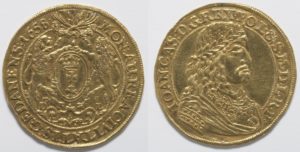 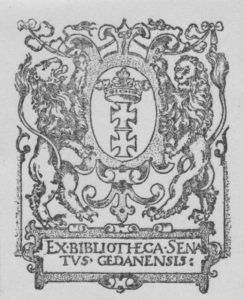 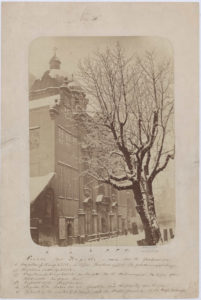 Another precious iconographic collection consists of 20,000 bookplates, including those belonging to bibliophiles from Gdansk and Pomerania, such as the 15th century coats of arms of the Bażyński and the Luzyański families. The oldest sign of a public library, which at the same time is the earliest historic treasure of this type in Poland, is a copperplate bookplate of the Library of the Council of the City of Gdansk dating to 1597.

Today, collection efforts are focused mainly on bookplates from Pomerelia and the Baltic States, both in view of their owners and creators.
Photo prints, negatives and postcards showing the architecture of Gdansk at the turn of the 20th century make up a collection of more than 60,000 items. The oldest photographs were taken around 1860.

Other collections document the activity of Poles in the Free City of Danzig, the defence of Westerplatte and the Polish Post Office in September 1939, war damage and the rebuilding of Gdansk, as well as today’s Gdansk and important cultural, social and political events. 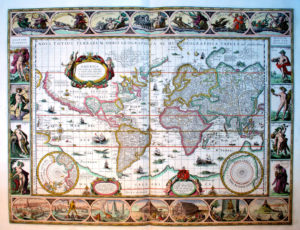 The cartographic collection includes more than 12,000 items: atlases, sheet maps, plans, and several globes. Among the most valuable items are atlases and cartographic works of the Flemish-Dutch, French, and German school. Unique on the national scale is the collection of marine atlases, including one authored by Lucas J. Waghener dating to the mid-16th century, and the oldest atlas of the Baltic Sea from 1695.

In view of the nature of the collections, the most important item is a large set of maps of Western Pomerania, East and West Prussia, maps of the region of Żuławy, as well as maps of Gdansk starting with the 17th century, including the ones at the scale 1:2,500 and 1:1,000 (Geländeplan). Pomerania is also shown in numerous topographic maps, including German ones, as well as in maps published by WIG (the Military Geographical Institute) in the interwar period. The collections also include maps and views from many European towns and cities. 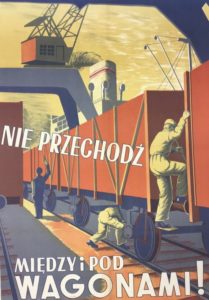 It can be divided into two types of documents. The first one consists of documents dating from the 19th century and the first half of the 20th century that concern the activity of Polish political and social organisations, Polish schools, and elections to local authorities in the Free City of Danzig, as well as a large collection of theatre placards from 1801-1944.

The second one is materials published after 1945 that document social and political life in Gdansk and the Tri-City. These include announcements of the municipal authorities, theatre programmes and placards from 1945-1955, leaflets and placards from the period of the activity of the Independent Self-governing Labour Union “Solidarity”, and documents concerning the activity of various institutions in Gdansk and the Tri-City that are gathered on an ongoing basis.

The collection of books from this period includes about 220,000 items. They are both monographic publications and periodicals recorded in 23 sections of the systematic catalogue. The most important of these are – in view of the profile of the Library’s collections – the sections concerning Gdansk and Pomerania, Gdansk’s relations with Poland, maritime issues, and the history of the Baltic Sea basin. 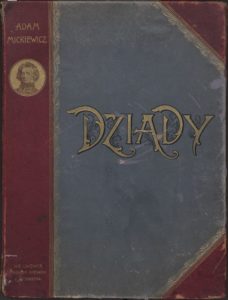 The collection of books built up after 1945 is universal: it contains the basic publications representing all fields of knowledge – mainly the humanities and the social sciences. The most numerous section is history, with auxiliary sciences, followed by the law, philologies including literary texts, then philosophy, pedagogy, history of culture, religious studies, arts, bibliology, political science, and geography. The mathematical, natural, technical and medical sciences are represented only by the basic works. In view of the location and history of the Library, special focus is placed on the collection of broadly understood gedanensia and literature concerning the Baltic Sea. The collection has more than 672,000 items and includes the so-called Warsaw Library, i.e. about 176,000 items belonging to the liquidated PAN Library in Warsaw. 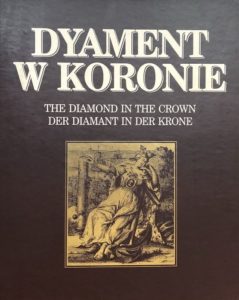